What kind of headhunter would Cornelius Vanderbilt be? 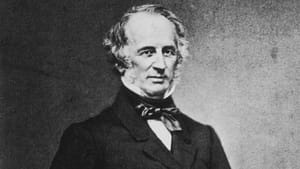 For most executives and companies, at some point and time, they will be looking to fill a key position. Executive headhunters help in this regard.

When looking for an executive recruiter, you want someone who is responsible and of high integrity. Someone who can adjust to the never-ending job landscape while also maintaining resilience – even being relentless – sometimes. The epitome of these qualities is Cornelius Vanderbilt, the American business magnate of the late 1800’s.

At the time of his death, Vanderbilt was estimated to be the richest man in America. He built his empire by controlling both the steamboat and railroad industries. His estate in 1877 was estimated to be worth $100 million (about $2.3 billion in today’s dollars). He left behind a legacy that resulted in Grand Central Station in New York City and Vanderbilt University in Nashville, Tennessee, among countless other endeavors.

Vanderbilt learned from an early age to spend less than he earned. He also learned to invest the difference. What this shows is that he made informed decisions that had a continuing impact on his business.

Whether you are the job seeker or a client seeking a new executive, when looking for a headhunter, you want a responsible person, an accountable person who is diligent, to understand your goals and the many other factors that are involved in a successful search.

Vanderbilt embraced new technologies and new forms of business. He took calculated risks, even putting his entire estate at risk at one point to save one of his investments. He was dogmatic in his pursuit of winning against his competitor. He was also a good judge of character and was a man of integrity.

Responsibility, innovation, integrity, and the never-ending drive to win are some of the qualities that define Vanderbilt. These are qualities needed in a successful headhunter. A good executive recruitment firm seeks to instill responsibility and integrity as core values for every associate in the firm.

An executive recruiting professional is upfront and honest –transparent–with you during each step of the way in the recruiting process. Since every client is unique, every client deserves the appropriate level of attention to detail in the performance of their search.

A good executive recruiter also needs to be innovative. The job market changes every day. For example, the development of social media as a recruitment tool and the world moving through a pandemic  has resulted in major changes to the traditional work model. At GS&A we prioritize the qualities that Vanderbilt imbued and allow them to build the foundation for each project while always looking for better ways to complete a successful search.

Like a good recruiter, Vanderbilt spent much of his time building relationships with other successful individuals. He understood a key to success was to build a team of people who understood and embodied his vision.

Being able to build relationships and finding good networking resources for your client is an essential part of the recruiting process. It allows GS&A to better understand its client and their needs.

“This is a candidate-driven market right now. Much of the information obtained on how to react to this market is not garnered via reading articles or listening to podcast but by talking to your network and really knowing how people feel and what they desire,” said Guice Smith.

As we explored in last month’s  Winston Churchill article, identifying a leadership style is very important in becoming a better leader. Vanderbilt is unusual as he was a mix of the coach, visionary, and democratic leadership styles:

Whether your leadership style is one of the above or a mixture of them, what is most important is that you cultivate your own unique style and nurture it. Here at GS&A, we strive to develop our own unique approach for each client and help them make an informed decision. Though based in Nashville, Tennessee, we pride ourselves on being one of the most responsible and resilient international recruiting firms in our industry executing projects world-wide.