Would Winston Churchill be a good 21st century headhunter? 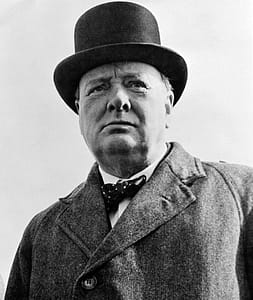 When looking for a headhunter you want someone credible. Someone who is going to tell you the truth of the current employment landscape. Someone who is an endless worker. You also want someone fearless to take that next step into battle for you and challenges themselves constantly. Maybe someone like Winston Churchill? Consider it for a moment…

Winston Churchill is often regarded as one of the world’s greatest leaders and is certainly one for Great Britain. He is often described as the only man fit enough to lead his struggling country into a war they were already losing. His leadership style allowed Great Britain to pick itself up and fight its way back to victory.

Part of Churchill’s rise to fame was his credibility. Churchill went to Nazi Germany in the 1930s and saw the horrors there. He felt they needed to be stopped and war was the only way. He was soon proven correct. Churchill was known as an endless worker. He expected the same out of others. He was also an above-average communicator and had an eloquent command of the English language which he used to inspire both realism and hope, showing the great care he had for his countrymen and women. Churchill was proficient.

Churchill was also fearless. Not only in war as a veteran but as a leader as well. No one knew when Churchill took over how Britain would recover from the damage already inflicted by Germany. Churchill remained resilient.

A final redeeming trait of Churchill was that he surrounded himself with people who would constantly challenge him. He didn’t want “yes men.” He even reached out to rivals for advice. He was focused on progress instead of grudges. Churchill was objective.

Leadership, credibility, resilience – the qualities that define Churchill are all important qualities in a headhunter. A good executive recruitment firm will have employees with multiple points of view, allowing different perspectives to grant insight on how to uncover the best possible opportunities for their clients.

While Churchill emboldens much of what a transformational leadership style would be, he was still able to put his own take on it. There are many common leadership styles. However, like Churchill, you should never restrict yourself to one style but instead, focus on a style you feel you most identify with and innovate upon it.

“Great prospects have in common a good educational background, diverse experience, passion for what they do, are great communicators, have the ability to bring people together, have the ability to lead effectively through change, and have a great vision,” Guice Smith believes.

He goes on to add that, “They’re also great listeners. They will never interrupt someone when they’re talking.”

Understanding what has previously gone well for executive prospects can help you get a good idea of what a company seeks in its executives. However, as always, you should never just copy something someone else has done. Putting your own stamp on a concept makes you stand out among your peers or colleagues. Companies value originality and people who think outside the box. Do not be afraid to present a different outlook on something. You may just impress someone.

Here at GS&A we seek to learn from great historical leaders such as Winston Churchill to help us help you make an informed decision. We pride ourselves on being one of the best recruiters in Nashville, Tennessee.